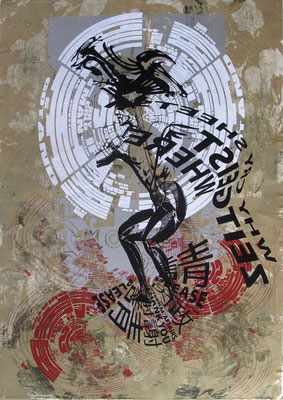 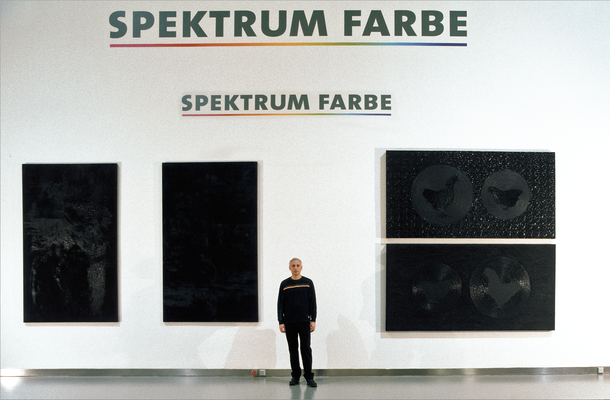 Josef Danner was always interested in pushing the limits, thematically as well as inventing new techniques. He mostly was working on large scale paintings.

For much of his career Danner was not only interested in abstract painting. Following the logic of his interest in language, symbols and graphics, Josef Danner has applied silkscreen techniques directly to painting since 1995. Since 2011 he developped his unique technique to combine oil and acrylique paint with silkscreen print and added 2019 digital printing to his working method. 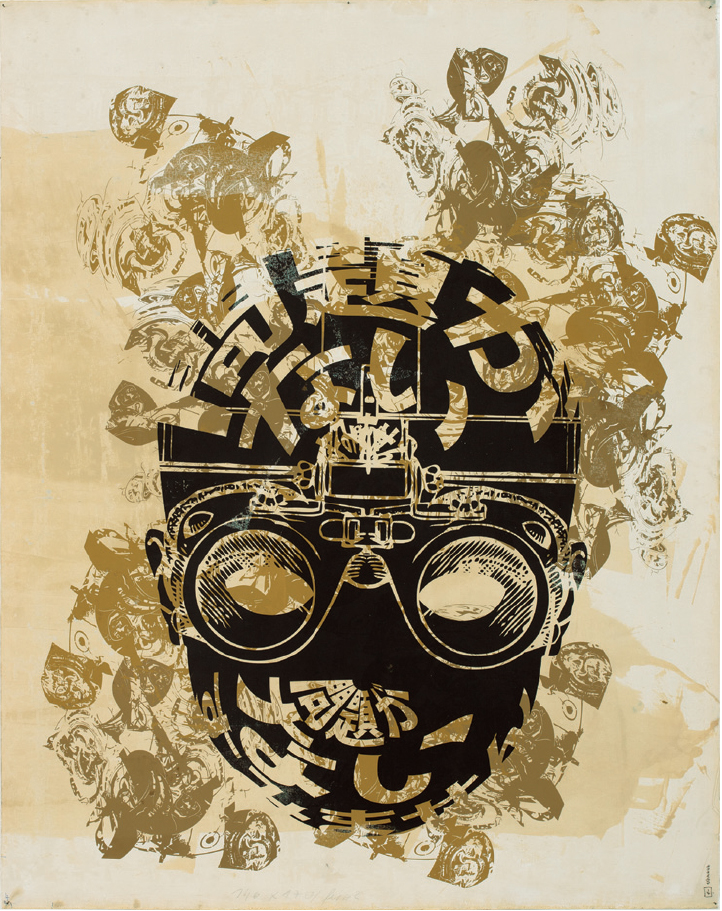 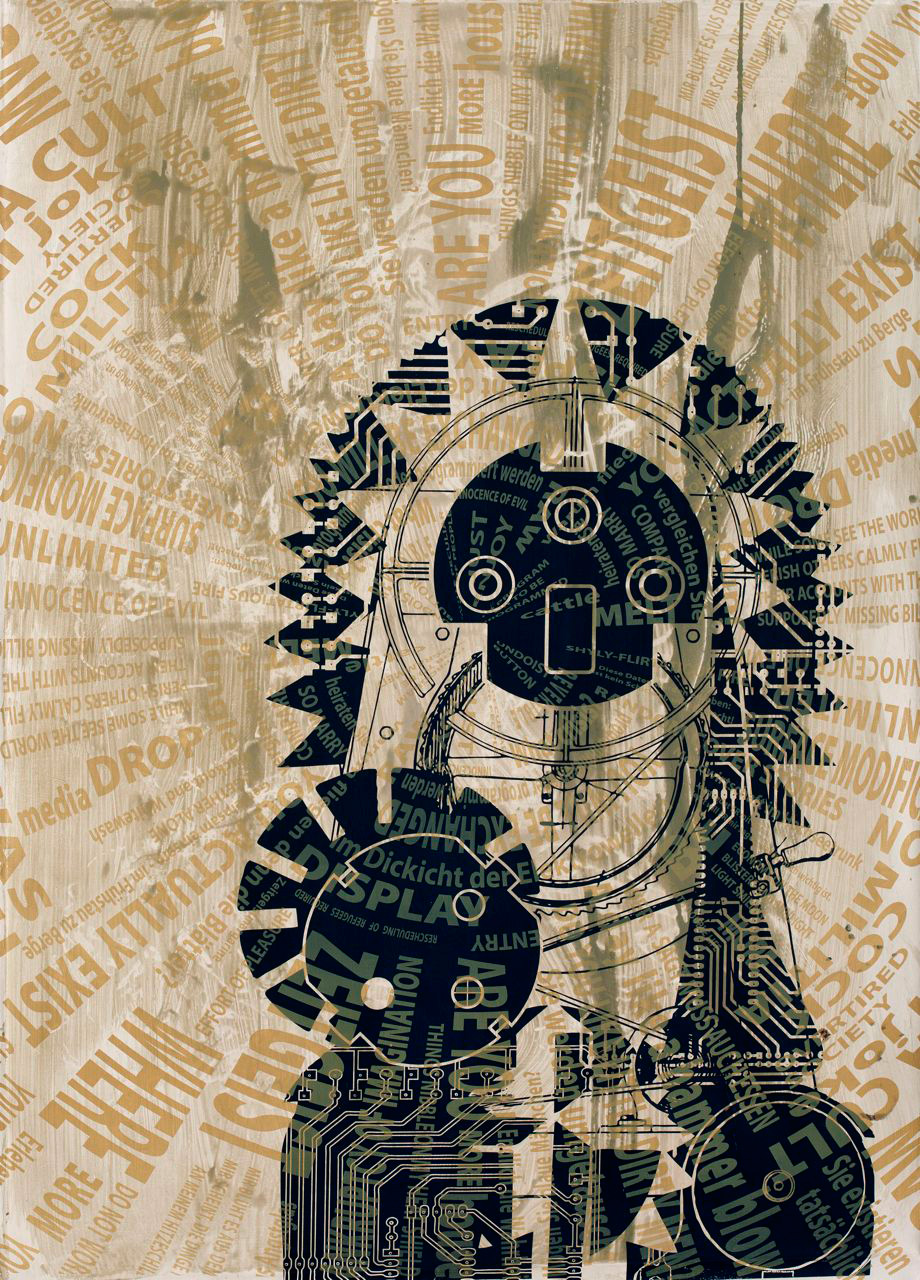 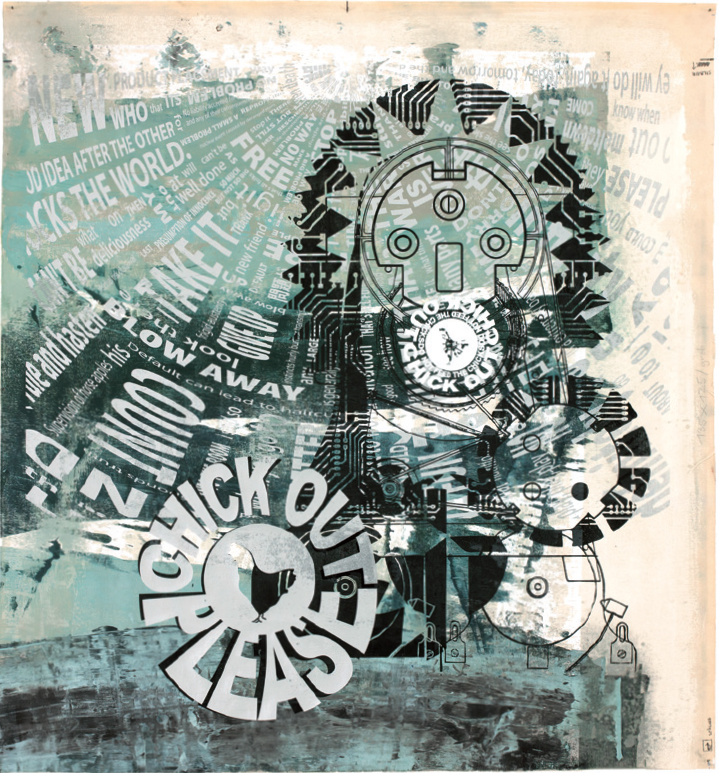 In 2011, Josef Danner began to sand down informal paintings and screen-print them. The abraded canvases, on which various layers of paint are exposed, display an interesting haptic surface, which, together with Danner’s complex graphic art, add a new depth to the work. The layers of revealed paint function as the pole of the informal, and the graphic elements, added by screen printing, as the pole of the semantic, thus creating an ambivalence between intuition and rationality.

Danner places his motifs as disparate elements thus creating a new context. For example, in a head-shaped mask Japanese characters are embedded, meaning "It's all well ... no cause for concern ... but we apologize" - a clear reference to the media performance of various Tepco managers of the Fukushima disaster – as well as an object similar to old-fashioned motorcycle goggles. A Madonna with Child turns out to be a construct of various forms of electrical sockets and circuits. Radial widening text bands of disparate fragments of sentences, slogans, etc., evoke an almost sacred effect on the picturesque background. Here again, the technoid iconic motifs deliberately hint at Dadaist and futuristic traditions, giving the work a dynamic feel.

The pathos and negation of the pathetic are in an intended field of tension. Trivial and exaggerated mingles, "Fault lines and incompatibilities", according to Josef Danner, are welcome. Quotes from iconic finds, "graphic junk", as he calls it, letters and text insets result in a synthesis that Danner jokingly calls "capitalist surrealism" in reference to the term "socialist realism".

Text excerpts from Josef Danner's monography FIGURE IT OUT